Torsdag 14 november
10.30-11.00, Ugglan
Haiti after the earthquake
Haiti received a lot of international assistance right after the earthquake. How did it work? How is the development of the country today? Womens´situation? These are some of the questions to be discussed during the seminar.

12.00-12.30 Ugglan
Political repression in Russia
On May 6 a huge march against Putin in central Moscow ended in violent confrontations with the police. Since then many polticial activists have been imprisoned and even tortured. Many of them are now facing severe charges. Some have been forced to flee Russia.
What is happening in Russia and how should Europe act?

13.30-14.30, Hörsalen
Vienna 1993 and beyond
The 1993 Declaration on Human Rights created a momentum for the advanced progress for human rights, everywhere and for everyone. Today we tend to talk about the Vienna Declaration as a landmark for all human rights, but was it a premature document? Did everyone agree on what today is considered established principles of human rights law? And what does it mean that rights are universal, indivisible, interdependent and interrelated? What are the greatest challenges today?

English
In cooperation with the Human Rights Forum.

Torsdag 15.00-16.00 Unga Klara
ICC – A success story?
One of the largest successes in recent years within the field of human rights was the creation of the International Criminal Court, the ICC. The end of the Cold War created an opportunity for the world’s leaders to agree on rules and mechanisms to combat the most severe crimes against human rights in war as well as in peace time and to end impunity. How was the court created? Has ICC managed to live up to its expectations? What role does civil society play in the work of the ICC and what is the court’s relationship to other international and semi international war crimes tribunals?
Participants: Hans Corell, Ambassador, former Under-Secretary-General for Legal Affairs of the UN, Kirsten Meersschaert, Europe Regional Coordinator Coalition for the International Criminal Court (CICC) and Anna Wigenmark, Ordfront, Human Rights Lawyer.
English

FREDAG 15 november
09.00-10-00 Studio 3
Promoting Economic, Social and Cultural rights across borders
This year the Optional Protocol to the UN Covenant on Economic, Social and Cultural Rights, has entered into force. What does that mean in real life? The protocol targets nation states, and opens up for complaints from inhabitants in that state. Sweden has yet to sign the protocol. But in a globalized world, where states and non-state actors act across borders, how can ESC-rights be respected, protected and fulfilled?  This seminar talks about options to the new complaints mechanism and explains the concept of ETO, Extra Territorial Obligations.

12.00-13-00 Studio 3
Political repression in Russia
On May 6, the day before Vladimir Putin was reinstated as President of Russia, a huge march against Putin in central Moscow ended in violent confrontations with the police. The place where everything unraveled is Bolotnaya, which now also is the name for a gigantic legal process where, one by one, many polticial activists have been interrogated, imprisoned and some even tortured. Many of them are now facing charges that can lead to many years in prison. Some have been forced to flee Russia.

This seminar will use the Bolotnaya case to explain and discuss political repression and xenophobia in Russia today.
Participants: Maria Dobrokhotova and Alexey Sakhnin – political activists (left Front) from Moscow and Stig Fredrikson, journalist,  author and Russia expert.

14.00-15.30 Hörsalen
Hope, not hate
How do we move forward in a world with so much hate and anger? How do we find a strategy for dialogue, and way of being constructive in conflicts and hatred? What can we learn from those that has been experiencing genocide, violence and violations of human rights?
Participants: Paul Rusesabagina, President of the Hotel Rwanda Rusesabagina Foundation,Helen Pettersson, chairman of the Swedish educational organization ABF and vice president of IFWEA Moderator: Anna-Lena Lodenius, author and journalist.

Human Rights after september 11
Lördag 11.00-12.30 Studion
On September 11 2001, the United States was shocked by a violent act of terror that killed over 2000 people. The day after what came to be called the war on terror, broke out. In its struggle against terrorism many states, democracies as well as non-democracies, have challenged established human rights rules. Anti-terrorism measures have been tantamount to torture, illegal detention, secret surveillance and persecution of individuals with opposing views. Today 12 years have passed since the attack. Is the war on terror over and all thus extreme measures revoked? Or if exceptions have been normalized, what are the consequences on human rights and democracy? This seminar focusses on mass surveillance, privacy and the use of drones.

Participants: Duncan Campbell, journalist who revealed Echelon and recently named Sweden as an important contributor to NSA’s massurveillance, Iain Cameron, professor of International Law, member of the Venice Commission, where he e.g presented a paper on the control of security forces and Anna Wigenmark, Chairperson Ordfront and Human Rights lawyer. 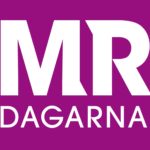